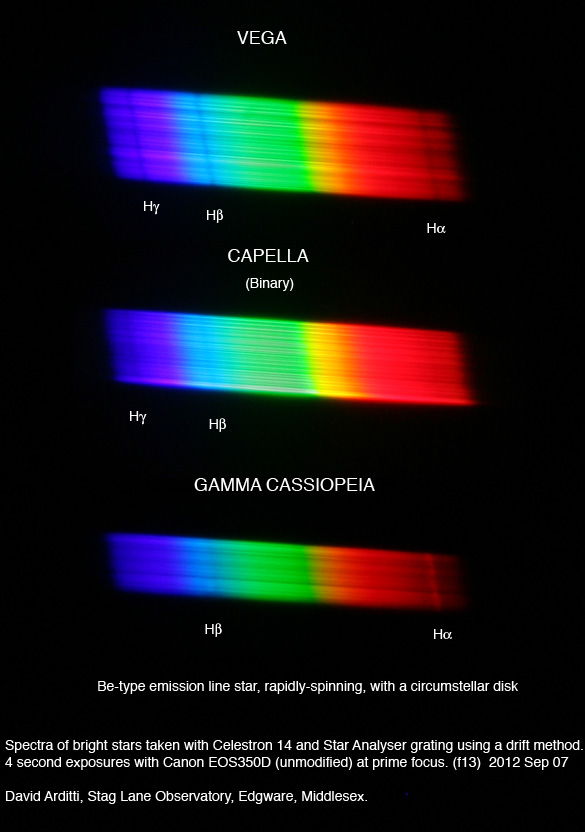 These are my first attempts at photographing stellar spectra, encouraged by a suggestion from Jack Martin, who showed me pictures he had taken using a similar grating and camera arrangement. The spectrum is allowed to drift across the camera chip more or less at right angles to its direction of dispersion, by turning the drive off during exposure, which makes the features in the spectrum apparent.

Vega is a typical star showing Fraunhofer absorption lines. Capella does not show much at the resolution of this system. This I believe is because it is binary, with spectra from the components Doppler-shifted differently, so they are separated and the lines partially covered up. Gamma Cassiopeia is a well-known “chemically peculiar” star (the prototype of the Be-type stars), which is spinning rapidly. This is thought to give it a hot “decretion disk” of  hydrogen around its equator, which is responsible for the emission lines in its spectrum.