On Christmas night 2012 the Moon and Jupiter got within a degree as seen from the UK, and from South America and Southern Africa there was an occultation of Jupiter.

This was actually quite a difficult scene to image, as the Moon is so much brighter than Jupiter, and Jupiter itself is so much brighter than its moons. This image is a merger of a short exposure recording the Moon and Jupiter (Jupiter’s cloud belts are just visible) and a long exposure recording Jupiter’s moons. The moons were “cut out” in Photoshop and could be accurately placed on the other image because one of them is so close to the planet. The image is best viewed at full size (click on it).

Merry Christmas and clear skies in 2013 to all readers. 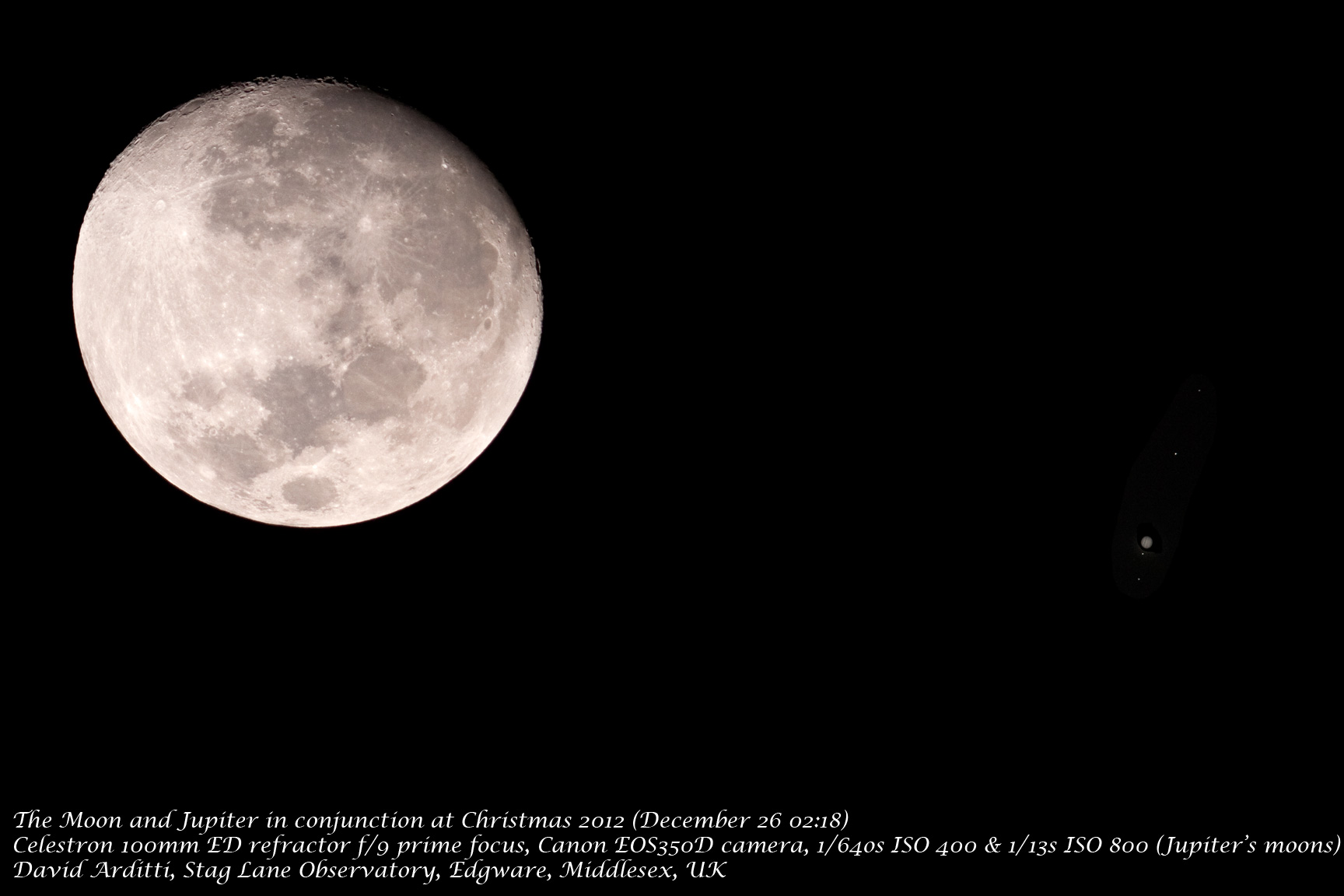