I thought I should take Jacques with a longer focal length than I used on August 05 with the Hyperstar, so I imaged it here with my 100mm f/9 refractor at prime focus with a Canon EOS 400D (as it’s inconvenient to remove the QHY8 CCD camera from the Hyperstar).

A couple of things went wrong with this image. Firstly the exposure I chose was too long:  there is noticeable drift of the comet in 2 minutes at this image scale, so it is not as round as it should be. Secondly, it clouded over after I had only got 6 subs.

I have tried stretching the image and inverting it, as I did before, but there is no evidence of a tail here at all (though this is a much better calibrated image than the Hyperstar one).

Processing was in Nebulosity 2, and Photoshop CS4 using GradientXterminator and Neat Image plug-ins. 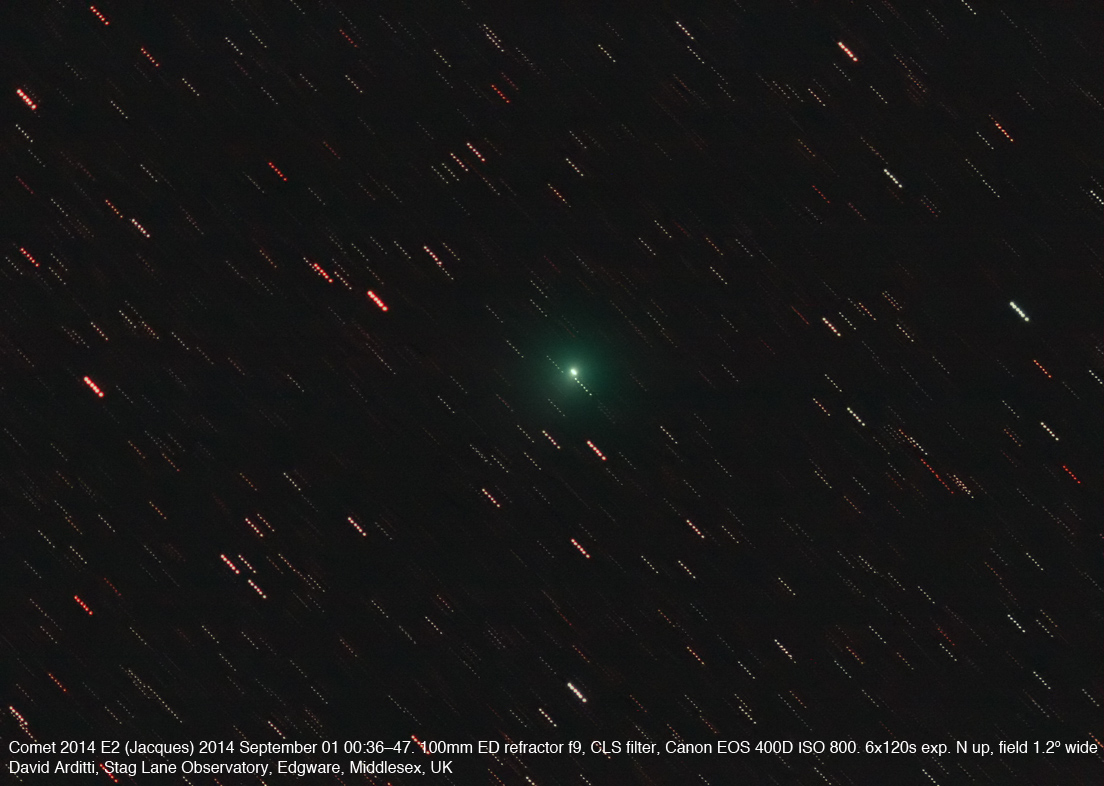