I’d been trying to get this comet for some nights, desperately cutting down vegetation in my neighbour’s garden (with permission) to get low enough. I managed to capture it on the 28th, the same night as several other amateurs in the UK achieved the same, at an altitude of 14 degrees above the horizon, much affected by the London skyglow to the south of my observatory.

The single 30s exposure best shows the globular cluster M79. The stack of 17 images (stacked on the comet) shows the comet best; this image has been subjected to several stages of non-linear stretch and also had gradient and colour cast removal with GradientXterminator and noise removal with NeatImage. Also given is an inverted mono version stretched further to show the tail better. Click any image to enlarge. 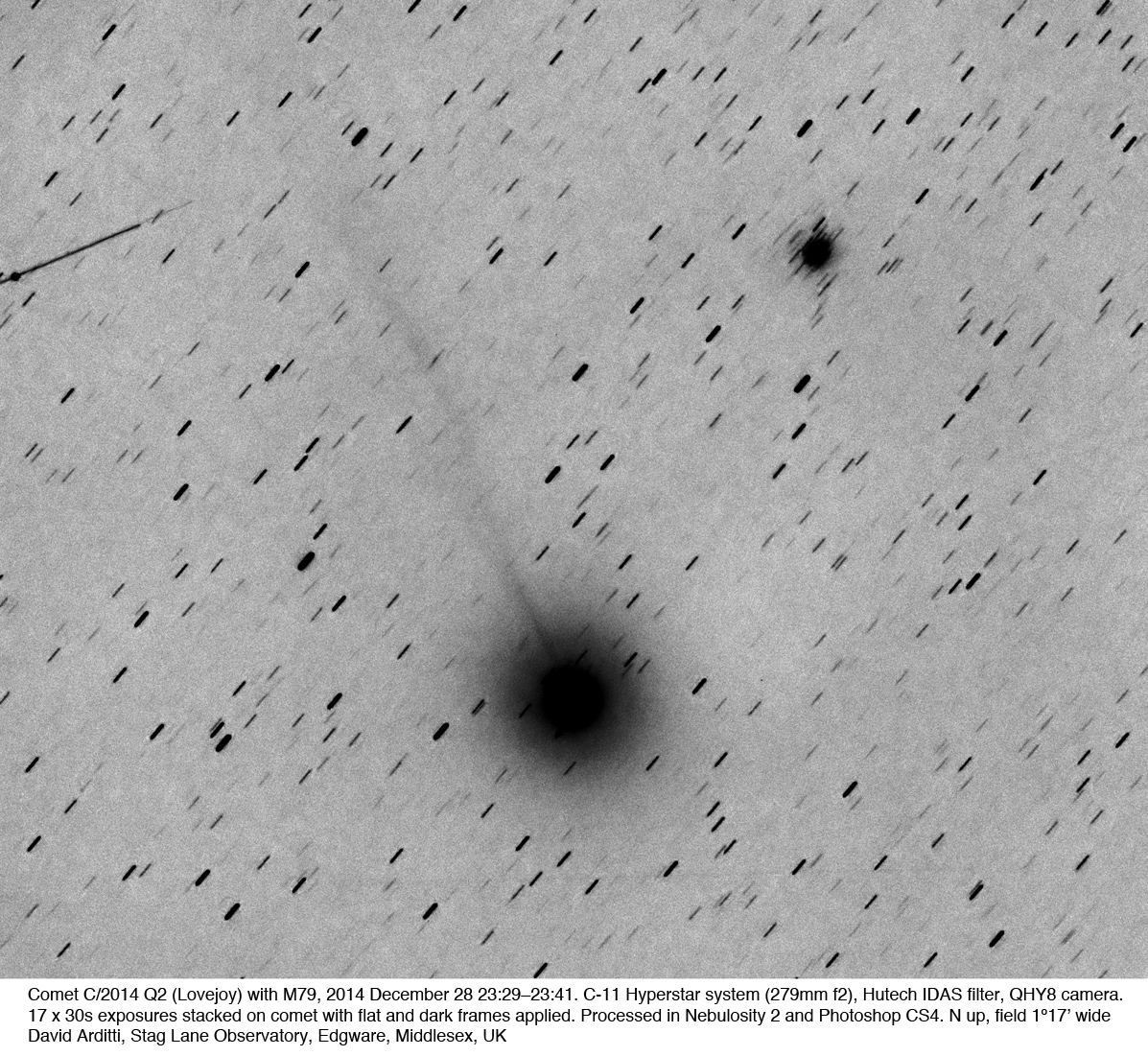